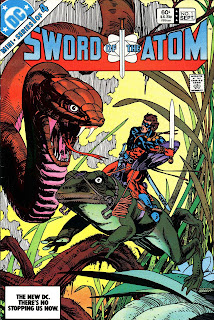 
What impressed me about this miniseries was Gil Kane's art. Kane penciled and inked this mini-series and his work is lovely on so many levels. I've seen other Kane work at this time, for example, some of his Action Comics work, and that work looks so rushed compared to the fine work he did here.


I also liked the fresh take on the Atom, taking him out of his familiar milieu and putting him in this alien fantasy setting. It was a pre-Legends series that I can't help but think might have been much more successful if it had been part of the other Legends reboots.

What did surprise me though was the amount of real estate that was dedicated to catch readers up. For example, issue #2 had 3 pages retelling what happened in issue #1. Perhaps I would have felt differently if I had read this mini-series on a monthly basis, but reading them together, those recap pages weren't the best use of space. 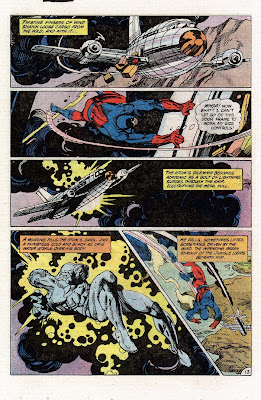 The first issue clearly set the stage for the overall story as it drove a wedge between Ray (Atom) Palmer and his wife Jean Loring. Palmer discovers her kissing a co-worker and that's the catalyst that leads him to South America on a research project. However, that project takes an unexpected turn and Palmer finds himself stuck at 6 inches tall and deep in the rain forest. He is found by an alien race, also conveniently 6 inches tall, and he's embroiled in a civil war. 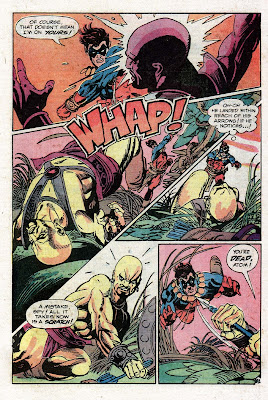 As the series moves along, Palmer is still coming to grips with the sudden change in his relationship with Jean and puts all of his efforts into being the Atom. He finds a place among a group of branded traitors who return and retake the alien city. Unfortunately, the Atom is unable to enjoy their victory as he suddenly changes back to his regular size and is rescued and brought to a local hospital. 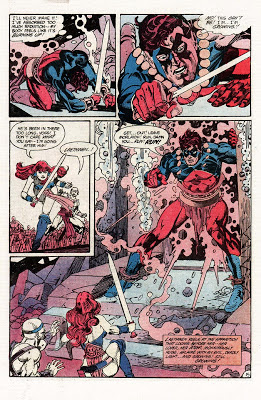 The only thing that really bothered me was the relationship that Palmer developed with the alien princess, Laethwen. While Jean did get caught kissing another man, I didn't feel that gave Ray permission to break his own marriage vows and have his own affair with Laethwen. Seemed a bit too tit-for-tat for my liking...

There really wasn't a clean close to this series, but it left the door open for a follow-up, which actually was a series of three Special rather than another mini-series. The series featured The Atom's new costume which is a hybrid of his original mixed with a sword and sorcery flare.

This miniseries as well as the 3 subsequent specials were reprinted in the Sword of the Atom (2007) Trade Paperback. Definitely worth tracking down either the individual issues or the 2007 trade paperback. 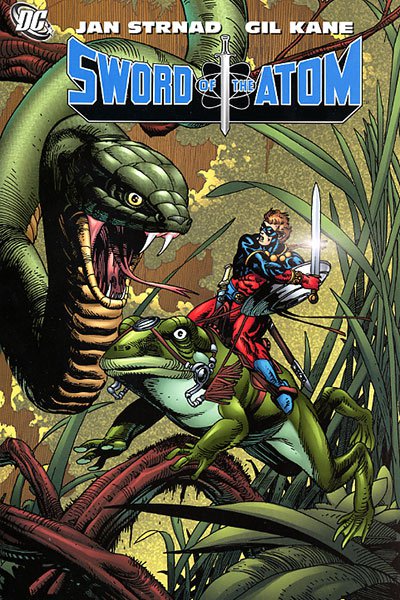