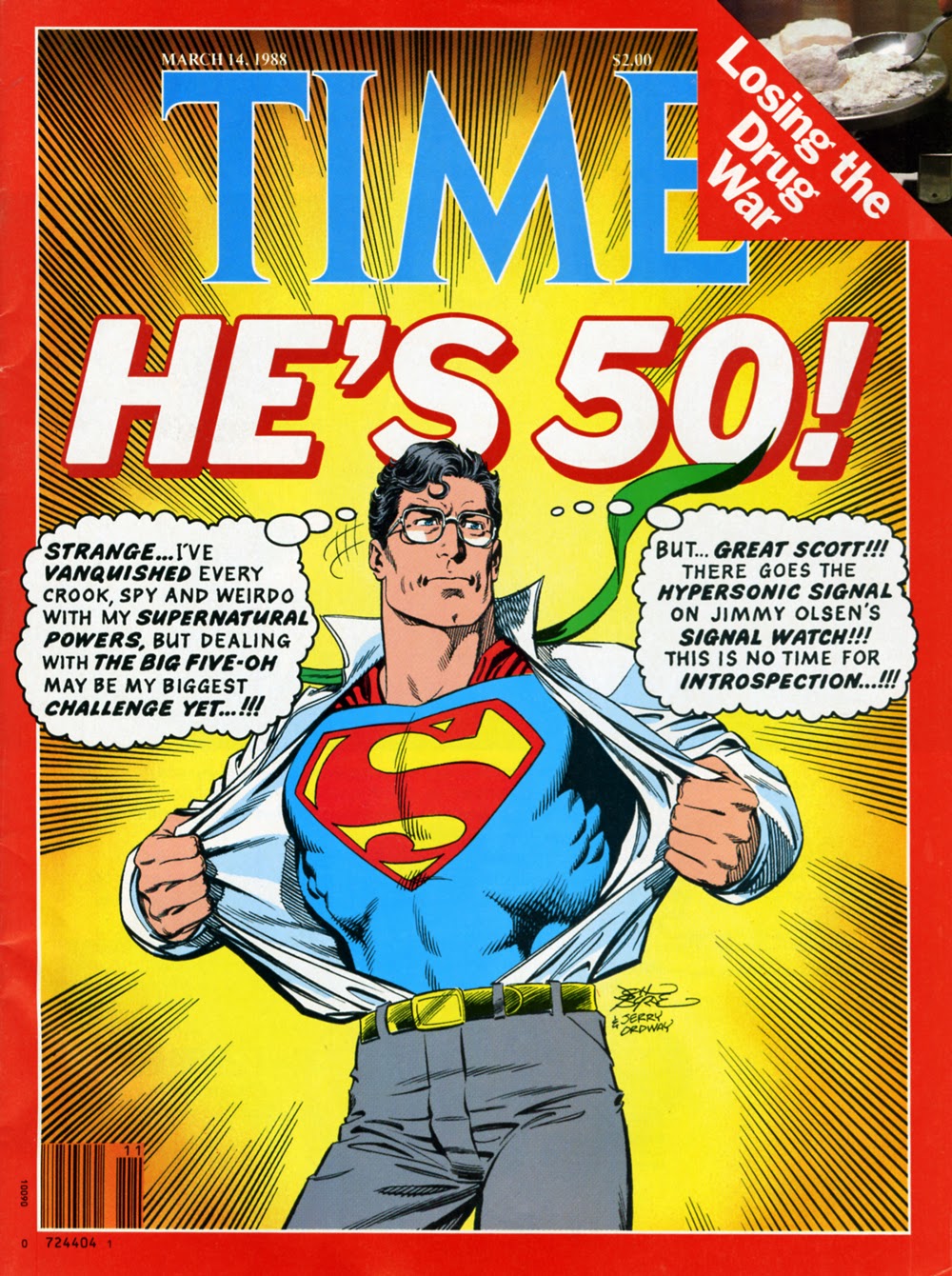 "I don't recall what I was paid for that TIME cover. I have done the best I can to blot most of that experience out of my mind. Just about everything that could have gone wrong went wrong -- including the cover been featured later than it was supposed to be an so blowing all the hype.

"The worst part was that the art director at TIME decided he knew more about what comics look and read like than, you know, people who do comics for a living, and so added that godwaful word balloon to the cover, which not only has some of the worst lettering I have ever seen, but also has Superman referring to his "supernatural" powers.